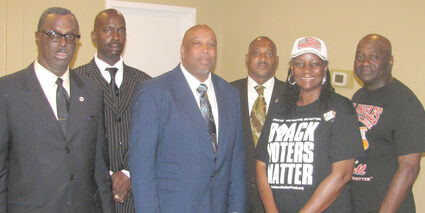 A local group of community leaders issued a stern response to a recent news conference held by Monroe Mayor Friday Ellis, along with Police Chief Victor "Vic" Zordan, where the highlight of the conference was the recent activity of violence in the city. Of particular concern expressed in the news conference was the alleged shooting at a police patrol unit by members of an alleged gang. Chief Zordan said that the police department is "working" to get gangs off of the streets with local and federal help and they "won't let up" in their efforts. Zordan also said that their efforts include gett...