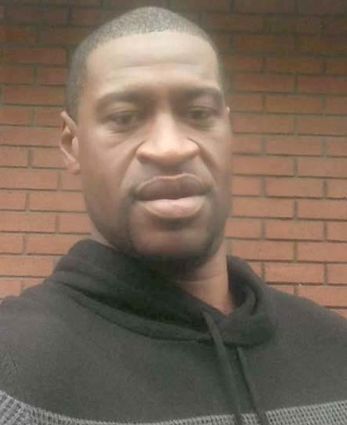 "I can't breathe", said the dying black man. Did he fall into water and was gasping for air? Was the man overcome from gas or dangerous fumes in the air? No. Those were the last words that George Floyd would say as a white Minneapolis police officer applied enough pressure on the back of Floyd's neck, resulting in his death. To millions of African-Americans, those words "I can't breathe" are haunting, because they know that another black man died under the same circumstances by a white police office, and justice was never served. Remember Eric Gardner? Now, another black family will have to go through a trauma that will never leave them because Floyd shouldn't have died on a Minneapolis street. Some many questions to ask the mayor and police chief as to how could the tragedy have ended the way it did. Nonetheless the biggest question African-Americans and some whites will want to know, is why did three other officers just watch as Floyd was losing his life, and do nothing. The media has reported that all four of the officers have been fired (as of Tuesday May 26) from the department, which may bring some comfort to the family. However, the journey to justice as in so many cases involving deaths at the hands of police officers will be a long difficult one. Will they be charged by the state, or will the federal government have to take over? What will President Trump say about this tragedy? Will the nation finally understand why Colin Kaepernick sacrificed his NFL career, and not see him as disrespecting the flag?

African-Americans are waiting and hoping that justice will be served in the shooting deaths of Ahmaud Arbery, Breonna Taylor, and now George Floyd. There are others, but the media is playing its role in keeping the public informed of the deaths suffered by black people at the hands of white police officers that many of us might not hear about. The African-American community DOES believe in and WANT fair policing as in "life, liberty and the pursuit of happiness". People will say that one of the greatest inventions besides the light bulb, is the telephone. Instant light and communication. But when the technology of adding a camera lens to cell phones, is often becoming black people's best method to show (not just argue) just how some police officers treat them. Even the wearing of body cams by police officers has appeared to not change how black people are handled when confronted by police officers. The "camera doesn't lie" phrase has been twisted to convince people that, "it is not what your eyes see". The public needs to be convinced that when city officials say that the "action of some police officers is not reflective of the whole department", should take the bold steps necessary to prove their words. We hear about more training needed, more community interactions through neighborhood meetings, which is SUPPOSED to be going on. Maybe too much power is given to police officers. Perhaps some laws need to be revisited. Justice is not served just through the courts, but through equal application of the laws written by man, for all men and no exception, whether one is the garbage man, rich man and yes even those that represent the badge. This nation proudly touts its "Christian values", but we don't hear too much talk about "equal" justice. We still have time to make an honest attempt to right some wrongs when it comes to justice. How much time, we don't know. Nonetheless now is a good time to start.