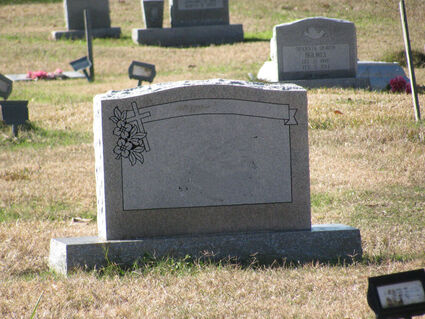 A local woman says that a headstone that she ordered for her father has yet to be delivered. The woman said she ordered and paid $950.00 for the headstone from a local business on Desiard St. in June of 2021. Seeing that it's been over a year since the transaction, she recently decided to go speak to the owner of the Desiard St. business. When she got to the business, she said she spoke to someone who did not sell her the headstone back in 2021. As she told the man behind the counter why she was there, she said she didn't have her receipt with her. When she told the man talking to her that they could look up the receipt, the business allegedly couldn't produce a copy of the transaction. The woman said she wasn't there to pick a fight, she just wanted to know the status of her delivery. She also noted that some family members asked her about the headstone, wanting to know as if some were having some doubts about the headstone. The woman was told that orders and deliveries such as hers had been affected because of the pandemic, causing numerous delays. She said that she understood, but it has been well over a year, and COVID cases have declined. As the conversation between the woman and man continued, she was told that there had been a tragedy in the family and that the man who sold her the headstone had died. Shortly after the reveal, the man was joined by a female at the business who confirmed what the woman was just told. The woman said she listened patiently to their concerns as they tried to explain that they would honor their commitments to their customers as if their father was living. When the woman asked if they could set a timeline on when the headstone might be delivered, the man told her maybe around this time next year. Words that the woman didn't want to hear. The conversation turned to money and the possibility of getting her money back. The woman was allegedly told that if money was returned to customers, it "would be unfair" to other companies because it would "cause them" to rush to keep from falling behind.

There have been several local issues with companies that supply gravestones, as people have paid thousands of dollars upfront, hoping that the stones would be delivered in a timely manner. For people like the woman interviewed for this article, that time should have come with a headstone being placed on her father's grave. The woman said she is being patient and prepared to wait a little longer, but perhaps not a whole year. She advises everyone who has paid for a headstone to do follow-ups and check on the status of their orders. She said she is not trying to ruin a business but has paid for something that, like everyone else, expects to get the product in a fair exchange.