Bryant's Addition from Boys to Men 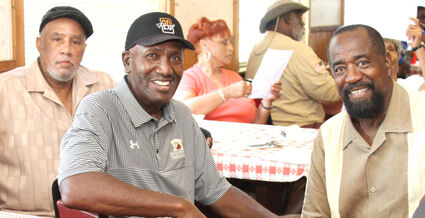 Many athletes came out of Bryant's Addition in Monroe LA. These men who were boys grew up, played, shot marbles, jumped fences together back in the 1960's. When they became high school age, they worked out every summer, getting ready for football season at Johnson Recreation Center. Many played football while others preferred basketball, some participated in other school activities. They all attended two schools Richwood or Carroll High Schools and were fierce rivals on the field, yet friends in their neighborhoods. The battles between the lines were fierce, while reminisced. Twenty-two of...