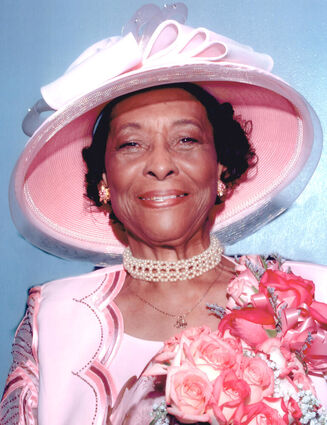 Mrs. Daisy Peevy McGhee was born June 7, 1936 to James Monroe Peevy and Luthene Palmer Peevy in Choudrant, LA, the second oldest of seven children. She received her education in Lincoln Parish Public Schools and graduated from Lincoln High School in 1955. After high school, Daisy became the first in her family to attend college, matriculating at Grambling State University, Northeast Louisiana University, and ultimately Opportunities Industrialization Centers of America (OIC) where she graduated with honors. Daisy's love of God was evident to all who knew her. In 1945, as a young adult, her faith led her to join the Macedonia #2 Missionary Baptist Church, under Pastor W. M. Boyer, where she served the Lord with gladness for over 20 years. In April 1961, she joined Riverside Missionary Baptist Church, where she sang in the choir, taught Sunday School, and served as a youth leader for nearly 30 years. She then united with The Assembly Worship Center, where she was rebaptized in 2016. When she relocated to Baton Rouge, LA to live with her daughters Roslyn and Joslyn, she joined Greater King David Baptist Church, where she was a member until her death. In 1956, she married Gena Felton McGhee, and they were blessed with eleven children from this union. With a heart for her community, Daisy served as the Vice President of the Board for First Baptist New Way Center for many years. At the New Way Center, she also served as a tutor to 2nd - 5th grade students. Her children were able to see her work in action, and her example helped instill a love of service that they carry forward today. On Good Friday, April 15, 2022, God called Daisy, his precious angel to rest. She was preceded in death by her parents, husband Gena, brother James Eldredge Peevy, sister Gwendolyn Lowery, brother Ernest Peevy and grandsons, Dominique Wheaton and Janero McGhee. She leaves many family and friends to carry on her example of love of church and one another; sisters, Theola Sanders and Bettye Peevy; 11 children, Ricky Aundra McGhee (Maria), Wendy McGhee Smith (Lonnie), Janice Houston Holmes (Louis), LaSandra Marvette McGhee, Angela McGhee Wheaton (Howard, deceased), Felton Lyndell McGhee (Krystal), Roslyn Vonsha McGhee, Joslyn Lafaye Johnson (John), James Wallace McGhee, Erica Darlene Whittington (Delmar), Antonio McGhee (Crystal); 24 grandchildren, 8 great-grandchildren, as well as several nieces, nephews, and cousins. Through their love, pictures, stories, and memories, her legacy will live on in perpetuity. A Homegoing Celebration will be held at 10:00AM on Saturday, April 23, 2022 at Greater New Antioch Baptist Church in Monroe, LA. Interment is at the Macedonia #2 Church Cemetery in Choudrant, LA. Please contact Miller Funeral Home for information regarding visitation.