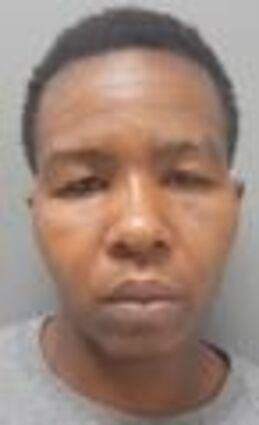 Moving on after the love has gone is difficult for some facing love loss. Others simply move on without regret or remorse. Life is about making adjustments to people and circumstances. People have options about who they want or don't want to mingle with in life. The problem many times is with those who don't want or can't handle reality when relationships end. According to deputies reports, on June 3, 2021, police responded to a hit and run vehicle accident. The victim arrived home to find ex-girlfriend, suspect Nanthallia Henry, parked in her driveway. Trying to avoid conflict, the victim left her residence but soon realized that the suspect was pursuing her. Henry passed the victim's vehicle to get in front of her, then came to a screeching stop where the victim struck Henry's vehicle. Henry then exited her vehicle, charging the victim as she tried reversing her car, attempting to leave when the suspect got back into her vehicle, put it in reverse, and crashed into the victim's vehicle, pushing it off the road. Henry then left the scene. A second victim and eye-witness confirmed the victim's story. The suspect was found at her residence by authorities. She confirmed being in an accident with the victim and leaving the scene but denied fault, telling police the victim crashed her car. She was arrested and charged with aggravated battery and hit and run driving. There are three sides to every story. This was one side of this story. The Monroe Dispatch welcomes another or the other side of this story. You make the news; we only print it!