A child that had high hopes of going to the next grade with her classmates now has to wait another year and repeat a step despite having passing grades on her report card. The decision has left her parents angry with the Monroe City School Board District, as they felt they were led to believe that their child would advance to the next grade. The child was in the first grade and was set to go to the next grade level, according to her parents, but was allegedly told by school officials that the child “was not ready” for the second grade. This journey of a disappointment for the parents started when the child was enrolled in Pre-k at J.S. Clark at three years of age, as she progressed to Kindergarten. According to the parents, one day, the child came home with checkmarks for them to read. The notes allegedly said that the child would not sit down in class, but it was more about her grades. The child was not seen as disruptive, but the parents believed there might have been issues concerning the teacher over their child. The child did her work, as both parents would spend time making sure their child did what she was assigned. The teacher allegedly had serious health issues, which the parents think may have affected her judgment teaching children of such a young age. When it came to the child passing to first grade, the parents had several conversations with the teacher and the principal concerning their child, resulting in the principal sided with the teacher. There was the question of passing the child or holding her back, with the reason being that the child “started school early” and that “it wouldn’t hurt” if she were held back.

Feeling that there was no reason to fail their child, the parents requested a transfer, where the child went to Lexington Elementary School. While at Lexington as a first-grader, the child improved, according to the parents. She got accolades from her teacher but also got some checkmarks. She also experienced some problems not caused by her with other children, the parents shared. The teacher allegedly knew of the child's issues, but the parents felt like those issues were not adequately addressed by the teacher. The parents were updated on their child’s progress, but they would later be disappointed to learn that their child failed the standardized test. She failed the test by 3 points, needing 75 to pass. The child’s report card had no failing grades. They asked to see the test but were allegedly denied. The issue of their child having “behavioral problems” never came up when discussing their child at the school. When explaining where their child was going to the first grade, the parents were told that their child was "not ready” that she was young and that she “will be better” the next year. That led one of the parents to ask if she would be learning the same thing. That offered little if any consolation to the parents when they were faced with the reality that their child was not going to be with classmates. The parents believed that they did their part, as they kept up with their child’s progress and asked the necessary questions. They believe the teacher and principal should also be held accountable to their child. Now, they will have to try to explain why she will be back in the first grade because she was “not ready”.

The parents also want to encourage other parents to stay on top of what is going on with their children at school because the rules of the system can be a disadvantage to some children. If a child seems to be advanced as compared to others, then that child “is groomed” to move forward, no matter the age. The parents also warn other parents not to accept that a teacher did all they could, only to see a child fail, as if it is the parent’s fault. They are hopeful that the school board can help them. 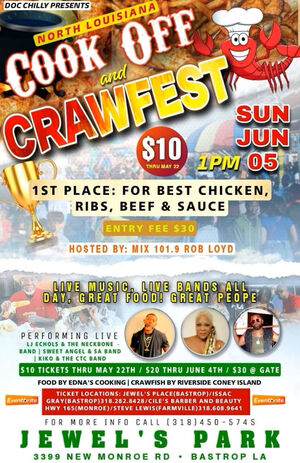