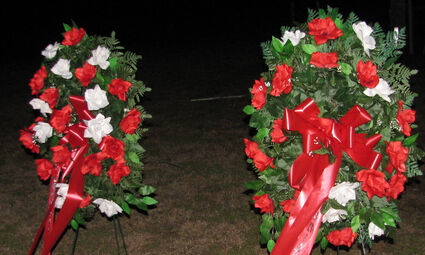 The Louisiana Dept. of Transportation and Development(DOTD)is preparing to implement some safety measures along a dangerous stretch of Hwy 165, in an effort to eliminate more potential deaths of pedestrians that cross the highway. An official from the agency said that the measures are being put in place saying, "that one fatal crash on our highway is one too many" and that the agency in conjunction with the Louisiana State Police(LSP) and the Highway Safety Commission "to advance policies" that places the highest priority on safety. It has been an uphill climb for residents of the town of Richwood along with police jurors and area state representative such as State Rep. Marcus Hunter(D), who is 2018 secured funding needed for the road lighting project. The citizens of Richwood did their part in making the project a reality by voting in 2019 to pay the costs of maintenance for the project once it is completed. State Sen. Katrina Jackson, in a statement said, echoing the sentiments of concerned citizens in the Richwood area, that there "were disappointments" that it is taking so long(the lighting project), but she "understood the process", and like so many others, is "looking forward" to the project being completed.

The Monroe Dispatch has been keeping the safety issue alive by publishing a series of articles aimed at local/state leaders to put the project on a fast track for starting it, because of the recent deaths of two young Black females who lost their lives crossing Hwy 165 not long ago. With the announcement of safety measures that are expected to be implemented soon, it is the hope of concerned citizens that these measures will be a short term solution that will help keep both motorist and pedestrian safe. According to DOTD, the measures that are in place are; a digital messaging board on display on the northbound and southbound sides of the highway. These board are within the limits(area)that will warn motorists that pedestrians are in the area, just like school zone signs. Also in the works will be flashing warning signs that will further alert motorists to look out for pedestrians who may be in the area. DOTD also said that it will be re-analyzing(looking into)the speed limit along the dangerous stretch of Hwy 165 and made a determination if changes need to be made in the speed limit. The Dispatch has gone on record advocating that is perhaps the first change that should be given careful consideration if any more deaths are to be prevented. But The Dispatch welcomes the changes that are being made. One life lost is one too many.