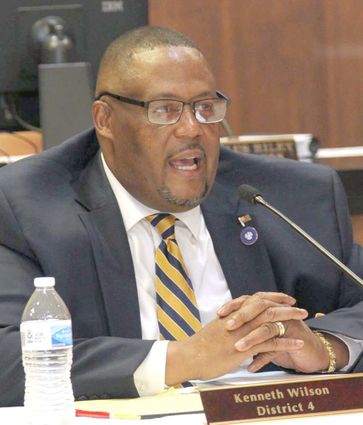 Monroe City Councilman Kenneth Wilson said goodbye to the public as a public servant Tuesday (Aug.11) night in what is his last time as a representative of District 4. The two-term councilman decided not to seek reelection, but he said that his departure does not mean that he won't be around. Wilson received high praise from Council Chairwoman Juanita Woods and Gretchen Ezernack, as they thanked him for his years of service to the city. Former councilman Mike Echols made a special presentation to Wilson in the form of a proclamation from Gov. John Bel Edwards also thanking/congratulating Wi...