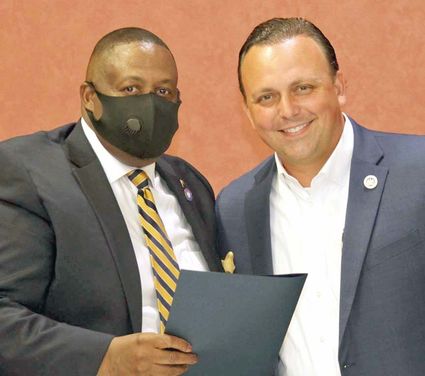 Two-term Monroe District 4 Monroe City Councilman Kenneth Wilson Bid farewell at his last city council meeting on Tuesday August 11, 2020. Wilson was hailed as passionate to the citizens he served and throughout the city. He was issued a proclamation by Louisiana Governor John Bel Edwards presented by State Representative Michael Echols. Wilson was praised for his efforts by city council colleagues, the public and well-wishers. Wilson thanked God, his wife, his advisory team and the citizens of city council district 4 for their support and confidence, to God be the Glory!