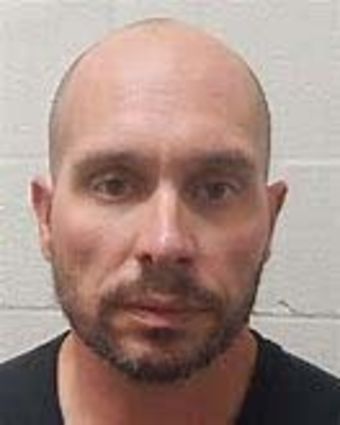 The march to justice for Timothy Williams took a significant turn when news of Monroe Police Officer Jared Preston Desadier was booked at Ouachita Parish Correctional Center Saturday night (July25). The arrest of Desadier is in conjunction with a lawsuit filed by attorneys on behalf of Williams who alleges that he was beaten by Monroe police officers following an incident that happened April 21. Desadier was charged with malfeasance in office and second-degree battery. A photo provided to the media shows Williams with injuries to his face including swollen eyes and jaw. A complaint was made against the police department in June where bodycam footage was reviewed from the April 21 incident where several officers do appear to be involved in using force to place Williams in custody, according to MPD. Williams said that he ran from officers because "he was afraid" from the number of officers present, but he surrendered and offered no resistance after a brief foot chase. "That's when the beating began", said Williams to his attorneys. However, according to a statement from MPD, only two officers "were present" at the time when force was used, which led to one being charged; which may change as the investigation continues. Other officers were being placed on administrative leave for reasons unexplained, that MPD said that didn't have to do with using any force.

Mayor Friday Ellis, in his first test of leadership over a situation that has national implications regarding the continuing controversy of police/black incidents, made a statement along with MPD. In his statement, Friday said that, "The City of Monroe and MPD will not tolerate or condone misconduct by officers and the mistreatment of any of our citizens", adding that "officers who break the law or violate policy will be held fully accountable". In his speech after taking the oath of office, Ellis listed many "hopes" that he has for Monroe. One of those hopes referenced not having "two cities" (north/south Monroe), but one coming together without specifically mentioning race. The lawsuit that is going forward and a possible outcry from the community of those who have experienced what Williams went through, may lead to tough conversations in the future. The arrest of a police officer and possible firings of others shows that Williams' lawsuit has merit. The injuries that Williams suffered, are more than "lacerations" that Williams suffered while "evading escape" according to MPD statement. Did he fall on his own resulting in a swollen eye? The mayor used a key word in his statement: accountability. Will those officers be held accountable or will the community only hear the word, but see no results? Someone knows exactly what happened.