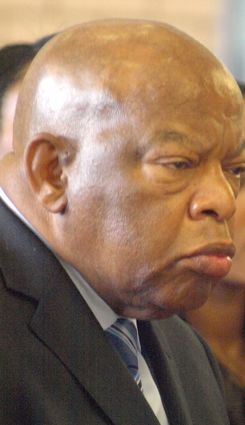 Rep. John Lewis 80, the longtime Georgia Congressman and icon of the civil rights movement, died after a battle with pancreatic cancer, Friday July 17, 2020. His death represents the end of an era, not only for Congress but for the country as a whole. A survivor of Alabama's "Bloody Sunday" massacre in 1965 and a protegé of Martin Luther King Jr. who would ultimately inspire Barack Obama to enter public office, Lewis was one of the last living leaders of the civil rights movement. A member of Congress for more than thirty years, he channeled all he had learned from his fight for equality...