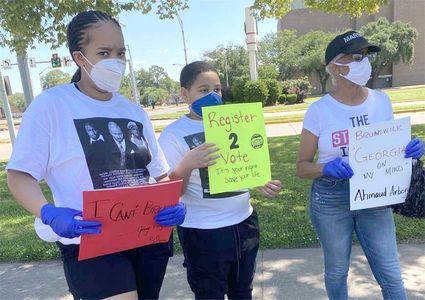 Rev. Ambrose Douzart said that he is pleased with the way in which a protest march held the weekend of May 30 and 31. Douzart, who is head of the chapter of the NAACP said, " the march which was peaceful, it was in support of the family George Floyd, as they grieve on his death that came at the knee of a white Minneapolis Police Officer that pressed against Floyd's neck, causing his death. Douzart said, t"he march Saturday at city hall had a low turnout, but after discussions among themselves, a decision was made to reconvene Sunday, which turned out to be a good decision. Through "word o...