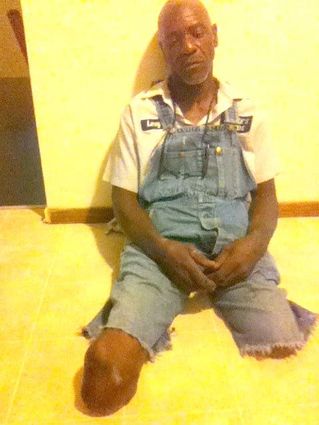 Dr. Foluso Fakorede of Bolivar County, MS is doing fantastic work to help people living with Diabetes regain control of their lives without losing any limbs.

In 2015, Dr. was drawn to practice medicine in the Mississippi Delta after having a conversation with a friend from Mississippi. During the conversation, his friend mentioned how many amputees one would see if they traveled there, so Fakorede did just that. His discovery led him to move to Bolivar County, MS, where he set up shop with the intention to treat patients whose limbs could be saved after suffering from diseases like Diabetes and Peripheral Artery Disease. Bolivar Medical Center, the local hospital, allowed him to practice at its facilities. Soon he was bombarded with patients, most in the ER who had cases so severe their limbs had to be cut off immediately in most cases. It was a public health crisis, mainly facing Black Americans, and no one carried about it.

Dr. Fakorede's focus idea is simple: prevent as many amputations as possible.

As he continues his work, he is uncovering that his simple focus has many complex layers. He, along with other researchers, has discovered lots of data and information that suggests the government, along with other doctors and insurance companies, have intentionally circumvented testing and preventative treatment in patients who have or will have their limbs amputated.

These other individuals and institutions have not changed their regulations or policies, simply because it benefits them more when surgery and amputation occur instead of paying for test screenings or offering preventative services.

Dr. Fakorede, representing the Association of Black Cardiologists, testified before Congress to start a Congressional Peripheral Artery Disease Causus. The group is pushing for the task force to re-evaluate the evidence of screening at-risk patients, for federal insurers to start an amputation prevention program and for Medicare to ensure that no amputation is allowed before evaluating arteries. It has been proven that vascular surgeons who have studied limb salvage have come to see preventive care as perhaps the most important than their own last-ditch efforts to open blood vessels. Most of his colleagues believe it would be better to spend time and money on preventive measures in the disease's progression like blood sugar testing, foot checks, and vascular screening.

Last year, Dr. Fakorede published a paper in the Cath Lab Digest that shared an 88% decrease in major amputations in Bolivar County, where Dr. Fakorede sees patients. That 88% decrease is reflective of about 56 cases down to seven.

This article contains excerpts and information provided in an in-depth article by Lizzie Presser for ProPublica, an independent, nonprofit newsroom that produces investigative journalism with moral force.