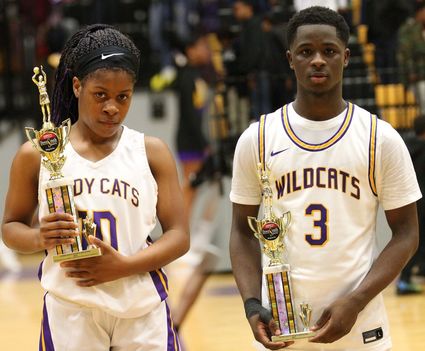 This week's DownSouth Sports Magazine "MVP Awards were presented at the Wossman vs. Richwood games. The Wildcats won both girls and boys games. Wossman's Zaria Singleton and Devonte Austin were named Most Valuable Players of the Game. Zaria led the Lady Wildcats in scoring with 26 points and Devonte led the Wildcats with 28 points. The DownSouth Sports Magazine MVP is sponsored by The Monroe Dispatch and Aubrey's Graphic Designs.