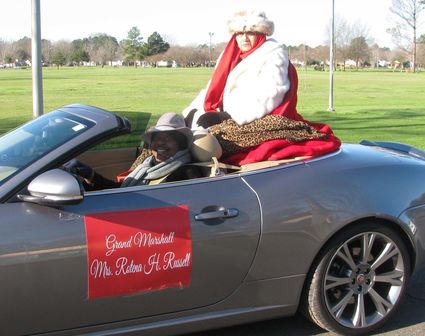 On Monday January 20, MLK Day 36th Annual Parade was held in Monroe LA. The Dr. Martin Luther King Jr. Foundation of Ouachita Parish is the sponsor of the annual National Dr. Martin Luther King Jr. holiday which is every 3rd Monday in January. The foundation's goal is to keep Dr. King's dream alive and to perpetuate his philosophy of justice and equality for all people. Mrs. Rotena Russell was the parade grand marshal.