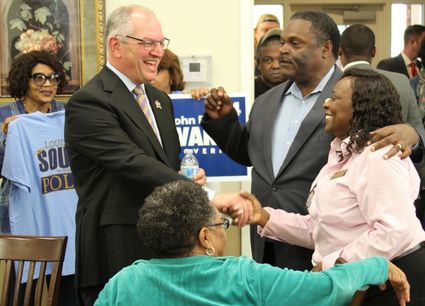 "God bless his little heart", said newly re-elected Louisiana governor, John Bel Edwards as he referred to President Donald Trump during his victory speech Saturday (Nov.16)night in Baton Rouge. Edwards won a race that could have easily gone to his challenger, wealthy businessman Eddie Rispone, had he defined himself as someone who would work for compromise in Baton Rouge instead of tying himself to President Trump. Rispone had no record to run on when it came to politics, as he was short on substance when it came to implementing a coherent policy on how he would govern as governor of Louis...