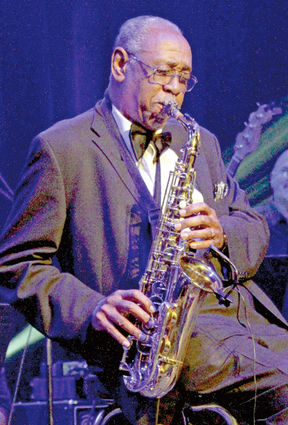 A Tribute to Music Legend Maurice Johnson was a major highlight of GSU's homecoming festivities, Friday, Oct. 27, held in the William Wiley Band Room of the Conrad Hutchinson's Performance Arts Building. Performances by the GSU Jazz Band Ensemble "lifted the rafters", especially when Band Director, Dr. Larry Parnell asked former GSU musicians local and those who had come in from around the nation to join them, the names of whom, too many to mention. However, the Monroe Dispatch felt compelled to name the former GSU Band Directors who participated as they were an impressive "Who's Who"; Dr....