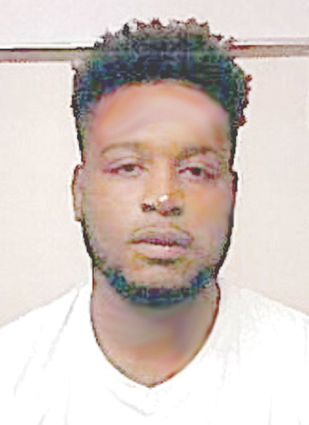 Grambling State University President Rick Gallot is in a difficult position following the recent shooting deaths of two men on the school's campus. As president of Grambling, many in the area see Gallot as being the best choice as a university leader for Grambling in a long time. Attendance is up at Grambling. It was homecoming weekend for the school, as everyone was in a festive mood. However, the shooting deaths of Earl Andrews and Monquiarious Caldwell, both 23 years old, changed all of that. A suspect identified as Jaylin M. Wayne is in custody. The alleged shooter has already hired his defense team, as law enforcement authorities build a case against Wayne. President Gallot who enjoys tremendous support among students and faculty at Grambling is offering counseling to students who are having a hard time coping with the shooting, since it happened in the quiet of the night. Grambling being a small university as compared to LSU is like a close-knit family or community, where just about everyone knows each other. Extra safety precautions are being taken such as increased security, with the addition of the state police assisting the university's police department in an effort to make students/faculty feel safer.

Jaylin Wayne was taken into custody by Lincoln Parish authorities last Thursday after the alleged suspect turned himself in to local authorities. He was booked on first-degree murder charges following the deaths of Andrews and Caldwell. Authorities said that Wayne, Andrews and Caldwell were involved in an altercation, where Wayne allegedly produced a firearm, killing both men. Now there are two grieving families from the Farmerville area who must bury their loved ones, as another family may have their love one executed, or spend the rest of his life in prison or not. Sources close to the Dispatch tell a different story. On the night of this tragic event, sources alledged that a fight started in the Grambling Student Apartments where five subjects were jumping suspect Jaylin Wayne. The source went on to tell the Dispatch that the suspect only defended himself. It is unknown where, when and how a weapon was produced. This is not what we have in mind when our young go off to college. College days are so much like our high school days, where lifelong friendships and memories are formed. Careers are thought about in college as evidenced by Andrews who was a senior criminal justice major at Grambling, one that will not be realized.

Emotions are and will continue to run high during the next few weeks at Grambling, as the memory of the homecoming weekend shooting will remain for a long time. Parents of their loved ones at Grambling will justifiably be worried/concerned about their safety. No one knows that more than GSU President Gallot. No school leader, be it high school principal, or university president wants a tragedy of any sort to happen on their campus. Sadly, these are the times in which we are living. A tragic incident happened at LSU not long ago after a fraternity pledge died from consuming too much alcohol as part of a "test" for membership. There was another reported incident of what some say was another sound of gunshots around Grambling just a few days after the campus shooting. However, law enforcement authorities have assured the community that no such thing happened. GSU President Gallot is doing all that he can do to make sure that no more shootings happen at the school. He welcomes your prayers. There are three sides to every story. This was one side of this story. The Monroe Dispatch welcomes another or the other side of this story.