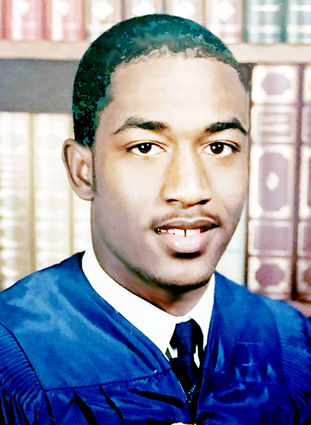 Stanley Bernard White was born February 20, 1966 to Eula B. White Harris and the late Edward Wheeler in Monroe, Louisiana. Stanley transitioned to Heaven on October 18, 2017 with the six most cherished women in his life by his side. Stanley gave his life to Christ at an early age and rededicated his life to Christ in 2013. He was educated in the Monroe City School System and graduated from Carroll High School in 1985, where he was voted MR. CARROLL his Senior year. Immediately after high school, he attended Grambling State University for three years. He was later preceded in death by two siblings Ruby Leonard and Mark White. Left to cherish his memories are his children, Calandra Jackson, Jaelin and Jade White all of Lawrenceville Georgia. Two grandchildren, Mason and Caris Evans of Dallas, Texas, mother, Eula B. White Harris, five siblings Donnie White of Cedar Hill, Texas, Andrea Trudelle (Christine) of Los Banos, California, Gregory White (Monica) of Oak Point Texas, Gary White of Dallas Texas and LaShonda White of West Monroe, Louisiana, God Sister, Michelle Getret-Ford, his loving dog, Max, aunts, uncles and a host of nieces, nephews, relatives and friends. Funeral Services are at 1 P.M., Friday, October 27, 2017 at St. James Baptist Church, at Richwood Road #2, in Monroe, LA. Visitation is 1- 5 P.M., Thursday October 26, at Smith Funeral Home in Monroe, LA. Burial will be in the Lane Chapel Cemetery, in Downsville, LA under the direction of Smith Funeral Home.

But I would not have you to be ignorant, brethren, concerning them which are asleep, that ye sorrow not, even as others which have no hope. 14 For if we believe that Jesus died and rose again, even so them also which sleep in Jesus will God bring with him18 Wherefore comfort one another with these words I 1 Thessalonians 4: 13-14, 18.

Please continue to pray for this family.