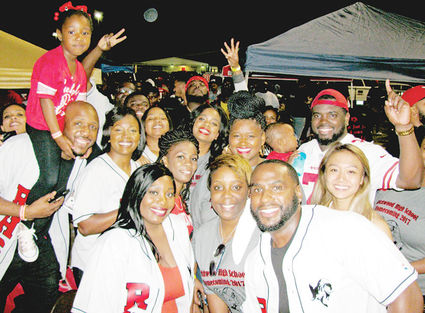 At Richwood Homecoming on Friday, October 6, at the Mackie Freeze Stadium, former Richwood Alumni were present in big numbers representing that Richwood Spirit from 1961-2016. The tailgating, grills smoking and music playing was such a wonderful homecoming atmosphere in 2017. Richwood Football douched Union 14-7 to the delight of Richwood Alumni. Richwood Alumni chilled and grilled the entire game and then some! Richwood believes!